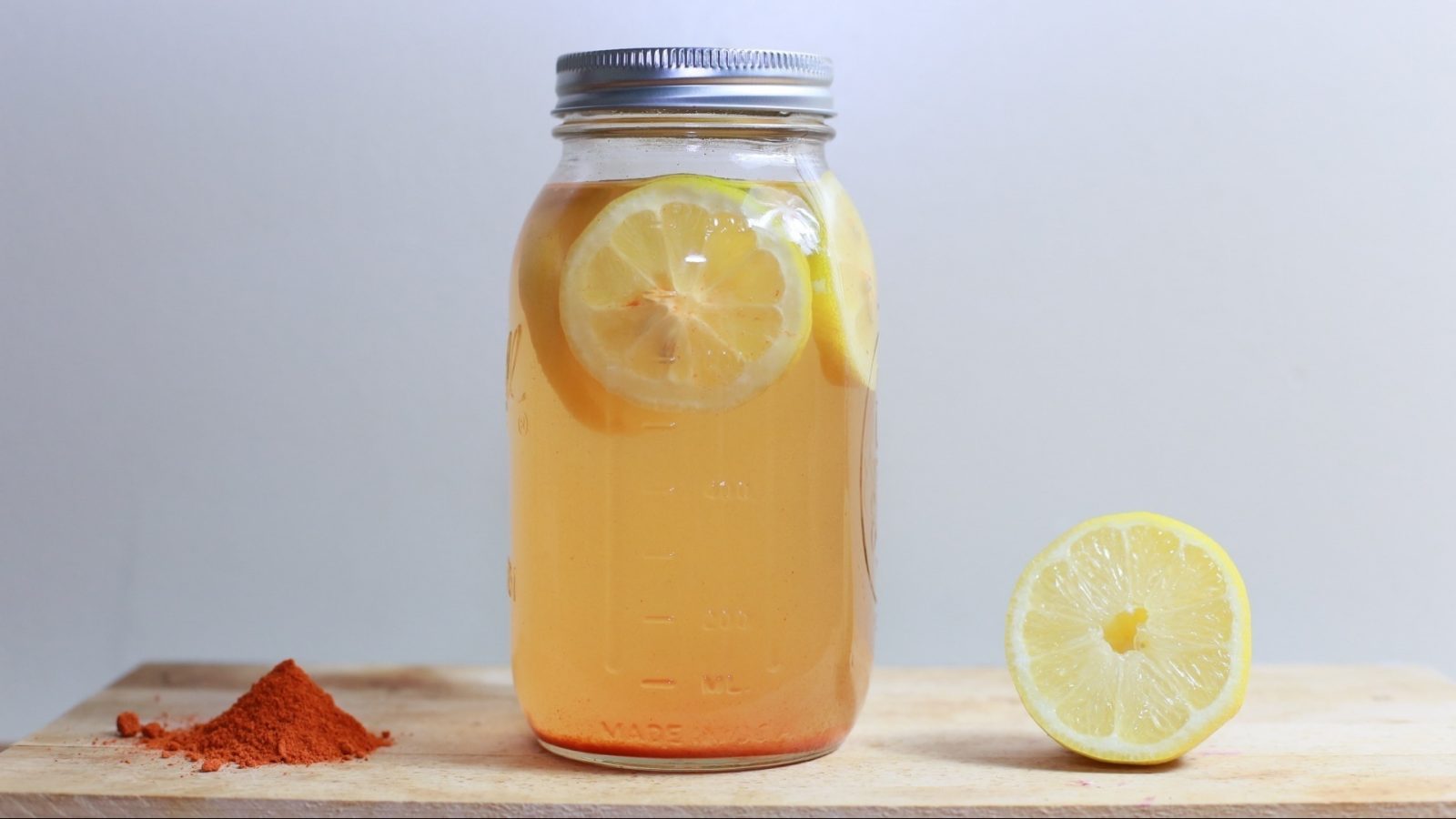 Most of us have seen a wide variety of kombucha or probiotic teas on the shelves of the grocery store or convenience store, but what really is kombucha, and who’s paying attention to what’s in it? Kombucha is a fermented tea with live cultures and has supposed health benefits, though these benefits are not supported by much research. Its fundamental ingredients are green or black tea, fermentable sugar, and a SCOBY (symbiotic colony of bacteria and yeast), commonly referred to as the “mother” or “mushroom”. Juice or other flavorings are often added to the beverage to add flavor. The fermentation process produces ethanol, acetic acid, and other acids, which are produced from oxidation of yeast-produced alcohols.

Kombucha brewers and consumers point to probiotic benefits from the lactic-acid bacteria present in the SCOBY. Probiotic benefits include improved digestion, reduced inflammation, and possibly weight loss. Additionally, the tea used can contain polyphenols and other antioxidants, which can be beneficial to the body.

Despite the numerous claims, experts do not recommend drinking kombucha for therapeutic use. This is because there have not been any human trials conducted to assess biological effects and/or health benefits. Furthermore, there are rare documented cases of adverse effects including death from drinking kombucha. These cases are typically due to pathogenic microorganisms contaminating a homebrew process, so there no need to worry about dying from drinking kombucha off the shelf. More common adverse effects include acidosis from the acidity of the drink, compromising of the immune systems of individuals with poor immune function such as pregnant or nursing women, and the presence of alcohol interacting with some drugs. Because of these risks, it is important for us as consumers to understand what constitutes the kombucha, and how consistent we can expect it to be.

For this study, we tested four off the shelf kombuchas, looking primarily at their ethanol and acetic acid concentrations, but also making observations of other compounds present, such as caffeine. Compounds like ethanol and caffeine are important for customers because of their direct impacts on the human body. The Kombucha Brewers International association has accepted a headspace GC/FID testing method to reliably test for ethanol content in kombucha, and this is a natural application for the Polyarc to reduce calibration and increase accuracy with a direct injection. Direct injections can be more advantageous because with headspace injections, accurate calibration needs to be done to account for activity coefficients of the analytes at equilibrium in the headspace vial. Direct injections were used to eliminate this effect, but this method is not preferable as a long-term solution due to the presence of nonvolatile compounds in the matrix such as sugars that will accumulate in the inlet port. Ethanol and acetic acid were quantified using an external standard injection to eliminate any matrix effects or coelution of an internal standard. This can result in inaccuracies, especially with a complex matrix such as this, but we were able to see reproducible replicate results. The table below summarizes the ethanol and acetic acid results of four commercial kombuchas. 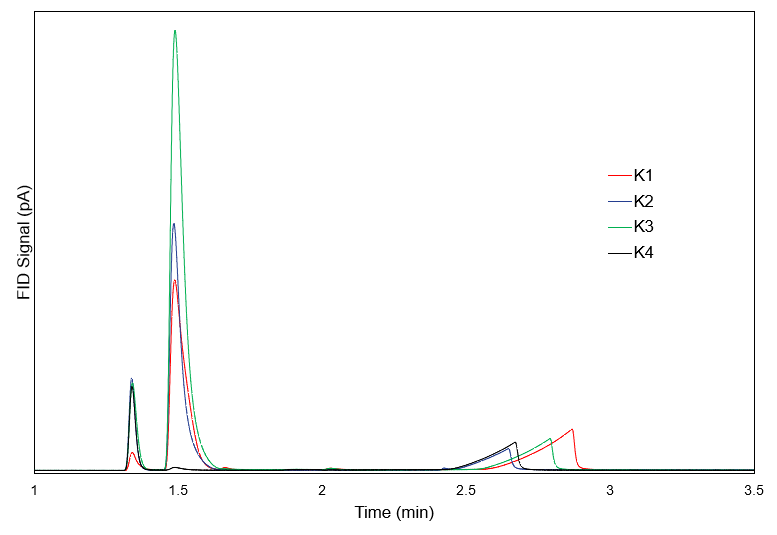 K1: This kombucha was sourced directly from a local brewery and this particular sample is “raw”, containing no added juice or flavor. This kombucha contains the most acetic acid of the four, and has a high concentration of caffeine, which likely is due to the use of black tea.

K2: Similar in ethanol concentration to K1, this kombucha contains half the acetic acid of K1. This kombucha does not advertise any added juices or flavors, but the chromatogram displays higher concentrations of unidentified high molecular weight compounds than K1.

K3: This kombucha shows clearly the highest concentration of ethanol, putting it over the legal allowable limit of 0.5 vol% ethanol imposed by the FDA. This brand of kombucha has run into issues in the past exceeding the allowable ethanol concentration, and there is significantly more solid material in the bottle. Additionally, this kombucha was quite effervescent and became more pressurized after the bottle was sealed for two days, suggesting the production of more gas over time from the leftover yeast and/or bacteria.

K4: In contrast to K3, this had the lowest concentration of ethanol. This kombucha also is also ginger flavored, making it the only flavored kombucha in the group. An interesting additional peak is hydroxymethylfurfural, a compound commonly added to products as a flavoring agent or produced under heat in sugar containing foods and beverages. Lastly, this kombucha shows the highest concentration of caffeine.
Conclusion

Our testing showed significant variations among the four selected samples, suggesting the drinks on the shelf can be quite different in not only taste but how they affect our bodies. Using direct-inject GC/FID with the Polyarc was shown as a feasible test method that required no calibration, which could be quite advantageous moving forward to reliably test the contents of kombucha. Cultured food and beverages are quickly growing in popularity because of the supposed health benefits, and it is the scientific community’s responsibility to stay on top of testing these products to ensure the safety and enhance the experience of all consumers.

Tommy works in research and development for existing and new products at ARC. Using ARC's product line to expand analytical capabilities excites him. He earned his bachelors in chemical engineering from the University of Minnesota - Twin Cities. Tommy enjoys spending time with his friends, going to concerts, and being outdoors with his dog, Sadie.