Webinar: Innovations in GC that Increase Analytical Capability and Productivity 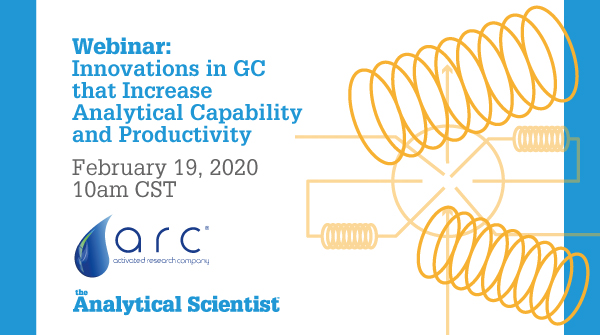 This webinar discusses novel gas chromatographic techniques and applications with catalysis based, 3D-printed microreactors in conjunction with flame ionization detection.

The successful implementation of this strategy led to a breakthrough in analytical performance by improving detector sensitivity for many classes of organic compounds, such as oxygenated and halogenated compounds. Carbon compound independent response, a new and critical capability based on flame ionization detection, was also realized.

Jim Luong, PhD, FRSC (UK):Jim Luong is a Fellow of Analytical Science, Core R&D of The Dow Chemical Company. As an analytical chemist, Luong practices several techniques such as mass spectrometry, inductively coupled plasma spectrometry, and is most passionate with chromatography. Some key areas of research include selective detection, ultra-trace analysis, 3D-printing, microfluidic enabled gas chromatography, hyphenated techniques, and differential ion mobility spectrometry. Luong is a Fellow of the United Kingdom’s Royal Society of Chemistry and an Associate of the Australian Centre for Research on Separation Science. After serving six years as a member of Analytical Methods Editorial Board, Luong is currently on the journal’s advisory board. Luong is a recipient of the 2007 Northern Alberta Institute of Technology Award of Distinction and the 2013 Canadian Society for Chemistry/Chemical Institute of Canada’s Maxxam Award. Recently, Luong was named the Top 100 Analytical Scientists in the Power List 2019 published by The Analytical Scientist.

Andrew Jones, PhD: Dr. Andrew Jones is the CEO and co-founder of Activated Research Company. Andrew’s research and product developments focus on the nexus of chemical reactor engineering and analytical chemistry with a focus on catalytic techniques that transform molecules for improved detection. He is the inventor of the Polyarc® system, which has been recognized by several awards including an R&D 100 award, Analytical Scientist Innovation award and Best New Product award from the Gulf Coast Conference. Andrew is a recipient of the 35 and Under Young Entrepreneur Award, Tekne Award, and Astronaut Scholar.